History of our school 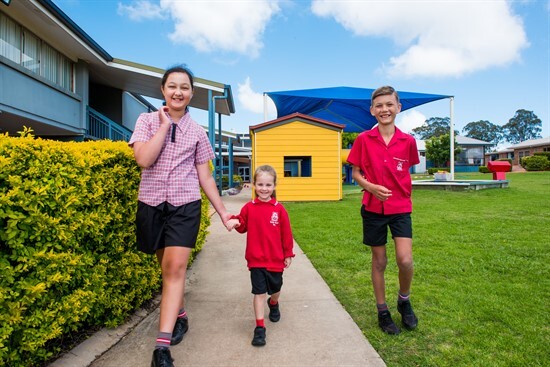 Following the opening of Sacred Heart Church in 1964 by Bishop Brennan, an idea came about to establish a preschool. The parents with eligible children were consulted and the school became a reality. Sacred Heart School opened on the 12 February 1968 with 22 children. School lessons were conducted in a wooden building donated by the Sisters of the Sacred Heart.

Working bees held each weekend for the next six years gave the Church an enlarged, brick veneer building. Father Kelly came to the Parish on August 13, 1976. The first of the three new school buildings was opened on 11 March 1977 and the last one, the Upper Primary was opened in 1985.

Since these humble beginnings, the school we now see has come a long way. Prep buildings, a school hall, tennis courts and play areas for the children have been constructed.

Our school community is proud of its history and is committed to the continuing the tradition of delivering outstanding Catholic education for families in Toowoomba.